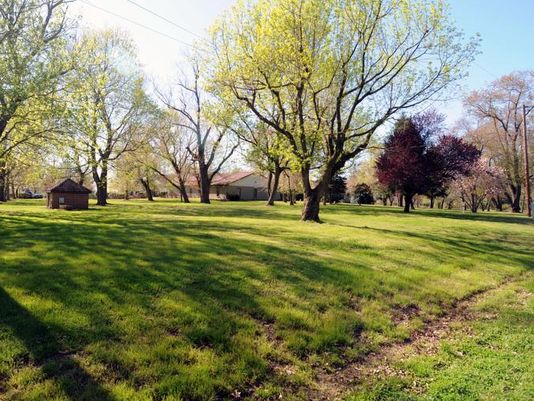 State and Delaware City leaders are drawing up plans for a new authority to guide public and private redevelopment of the state-owned Gov. Bacon Health Center and Fort DuPont State Park, with key first steps taking place as early as this year.

Department of Natural Resources and Environmental Control officials met with city leaders last week to review a draft bill that would create the authority and immediately annex the 325-acre park and health center into Delaware City for an ambitious mixed-use project.

The largely vacant government tract south of Delaware City occupies most of a triangle of land bordered by the Delaware River, Delaware City Branch Canal and Chesapeake & Delaware Canal. A wide-ranging but general blueprint developed by a nationally recognized planner and released a year ago calls for homes, offices, a new marina, a conference center and other community features stressing the site’s historic ties and natural amenities.

“We want this to be perceived as one town, not two separate areas,” said Richard Cathcart, Delaware City’s manager. Plans include construction of a wide new pedestrian and bicycle bridge over the branch canal, connecting Second Street in the area of what is now Sussex Avenue and existing state boat ramps at Gov. Bacon. The new bridge design would allow its use for emergency vehicle crossings when needed.

“It’s important that we preserve and maintain as much of the historically significant features on that side of the canal as we can,” Cathcart said. “It ties in well with the city; when they laid out the city way back when, the grid [street] system extended across the canal.”

Gov. Jack Markell began exploring the concept while serving as state treasurer, citing potential economic development benefits. He continued to press the idea as governor. Lawmakers approved $250,000 for a study in 2011.

Matthew P. Chesser, an environmental program administrator with DNREC’s parks and recreation division, said that officials are studying efforts to redevelop other decommissioned military bases. The work included a visit to Fort Monroe in Hampton, Va., near the mouth of the Chesapeake Bay, where an authority was formed in 2010 to redevelop that 565-acre site after its transfer to the state.

“It was a good chance to look at how they’ve dealt with buildings that were of the same age or older,” Chesser said.

“The biggest difference here from say a redevelopment or pure economic development district is the focus on the historic fort and historic preservation,” Chesser said. “It’s not just an economy-driven model. It’s re-use of a historic property.”

What became Fort DuPont dates to the earliest years of the country, when it was the site of coastal defenses for upriver ports. In 1863, the federal government established the site as an auxiliary center for Fort Delaware on nearby Pea Patch Island. It was named for Rear Adm. Samuel F. DuPont in 1899 and housed German prisoners during World War II before being transferred to Delaware in 1945.

Delaware established the Gov. Bacon Health Center in 1948, using the fort’s military hospital. The Division of Parks and Recreation took over much of the property in 1992.

Cathcart said that the project will be helped by plans for an accelerated reconstruction of the current Del. 9/5th Street Bridge over the branch canal. That low bridge, near the north approach to the Reedy Point Bridge over the C&D canal, has been in poor repair for years, with a recent emergency closing to replace a collapsed joint that left an 18-inch gap between the edge of the bridge deck and roadway.

Current plans for the authority’s makeup call for seven members, with four appointed by the state and three by Delaware City.