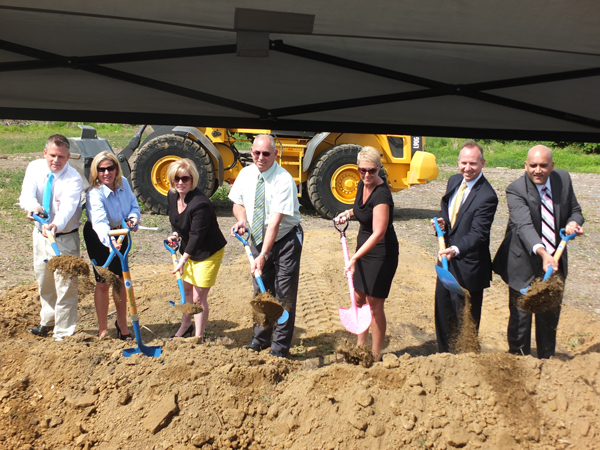 Work will soon get underway on the new $20 million DMV on Route 13 just south of Route 72 near Delaware City.  The 42,000 sq. ft. building has been designed to better serve the growing New Castle County population better than the existing facility it will replace.

“One of the most important things is size,” said Delaware DMV Director Jennifer Cohan.  “At the [current DMV on Airport Road] that we’re replacing, the neighborhoods have built up around it.”  That community growth has prohibited efforts to increase the capacity at that site.  “Size is definitely an issue there, whether it’s parking or internal.”

The current DMV facility, which first opened in 1965, serves between 600-1,500 on a daily basis and averages about 38,800 customers every month. The new facility will be able to serve those numbers and is designed to handle additional growth in the driving population.  While the current DMV has four inspection lanes and about 30 service windows, the new facility will have ten inspection lanes and many more front-line stations.  “We’re also going to have a wall of self-service kiosks,” said Cohan, which should speed up the amount of time drivers have to spend at the DMV.

Since taking over as DMV director in 2007, Cohan has been on an ongoing mission to make the DMV experience better for Delaware drivers.  “We have an interesting reputation nationwide,” said Cohan.  “The only way to change that is to win customers back one at a time, and that’s exactly what we vow to do.”

The new DMV has been designed to meet LEED Silver Certification for a number of environmentally friendly systems, including a high level of insulation, which should help reduce the building’s energy costs.

Construction will get underway soon.  The building should open to the public in late 2014.