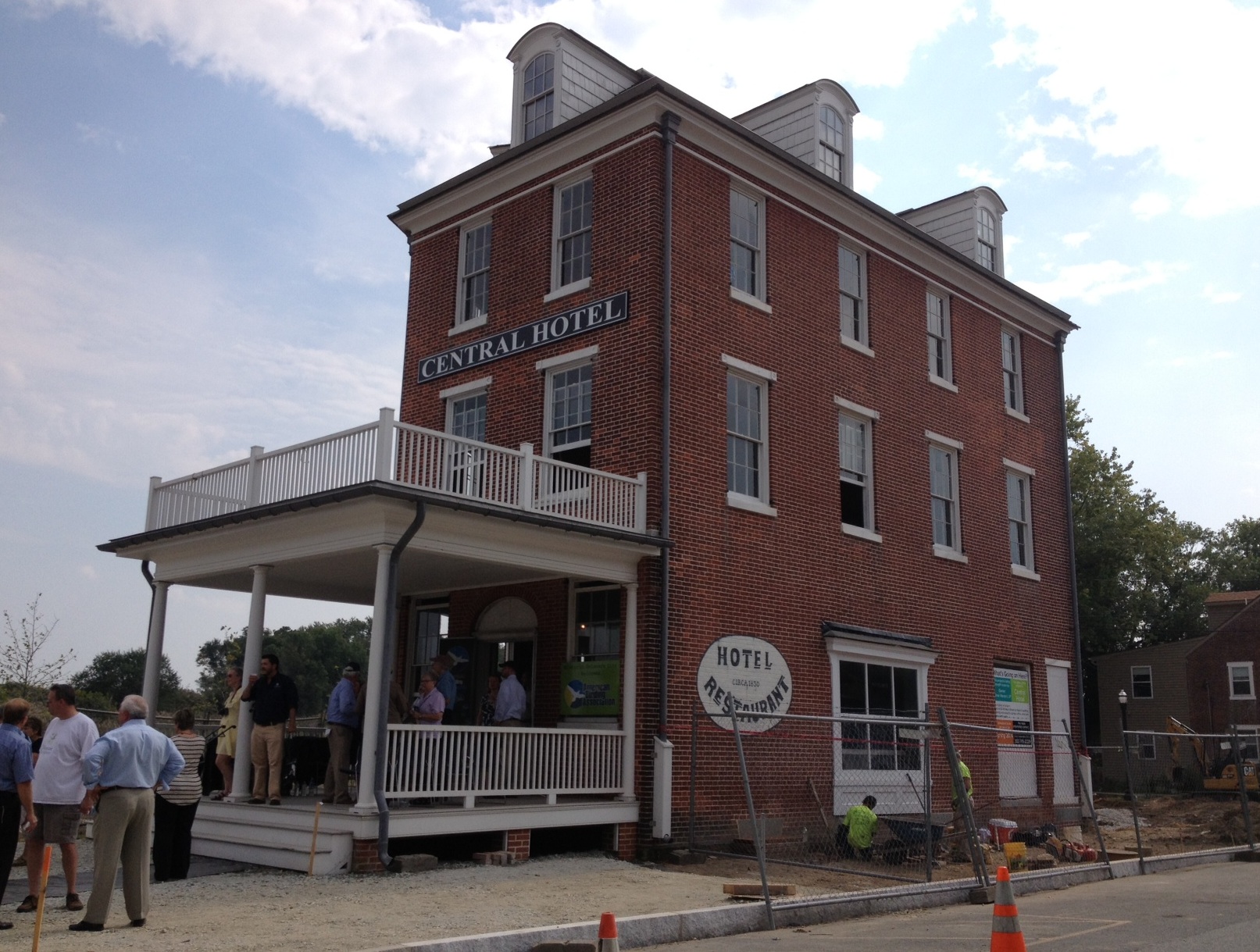 The American Birding Association, The Cirty of Delaware City and The State of Delaware Department of Natural Resources held an event this past Thursday announcing the ABA’s new headquarters which will be located in the historic Central Hotel building here in Delaware City. This move is being considered a huge ecotourism catch by Gov. Jack Markell.

“We believe birding can play an important role in expanding our multi-billion dollar tourism industry,” Markell said during the announcement on the steps of the city’s historic Central Hotel, an 1830s structure now undergoing renovation largely for birding association use.

City Manager Dick Cathcart says the town, situated on the northern end of the Delaware Bayshore Initiative, is trying to become a hub for eco-tourism in the state. It’s already home to the ferry to Fort Delaware and Pea Patch Island and is in the process of connecting to various nearby trails, including the Castle trail at the C&D canal. Cathcart says the American Birding Association first in nicely and anticipates it will provide a significant boost and the town’s economy.

“You have a demographic like the birders coming in. The disposable income for that group is pretty high, so obviously its going to help our commercial district. It’s just a win-win for us,” said Cathcart.

The ABA expects to be fully moved in to the Central Hotel in about a year, after renovations the building that dates to the 1830s are complete. It will occupy two floors of the Central Hotel with a vistors’ center on the first floor and offices for an expected 7 employees on the second.

For more information regarding the American Birding Association, please visit them online.